Three years after the latest edition, this spring, optical stores received the new ZEISS price list, whose concept and graphic layout we developed.

ZEISS’s ophthalmic lenses price list, a paramount selling tool for the company, this year saw the introduction of a noteworthy innovation: thanks to their UV Protect technology, all ZEISS corrective lenses ensure a thorough protection against UV radiation.

With this technological breakthrough ZEISS set a new market standard, making UV protection an intrinsic feature rather than an add-on treatment: something you can expect to come with all ZEISS lenses.

A major step for ZEISS, as they shift their sights from from being the supplier with the greatest expertise in optics (PRECISION) to positioning themselves as partners—a kind of partner which is particularly aware of eye care aspects and thus capable and willing to provide the best kind of eye protection (PROTECTION). 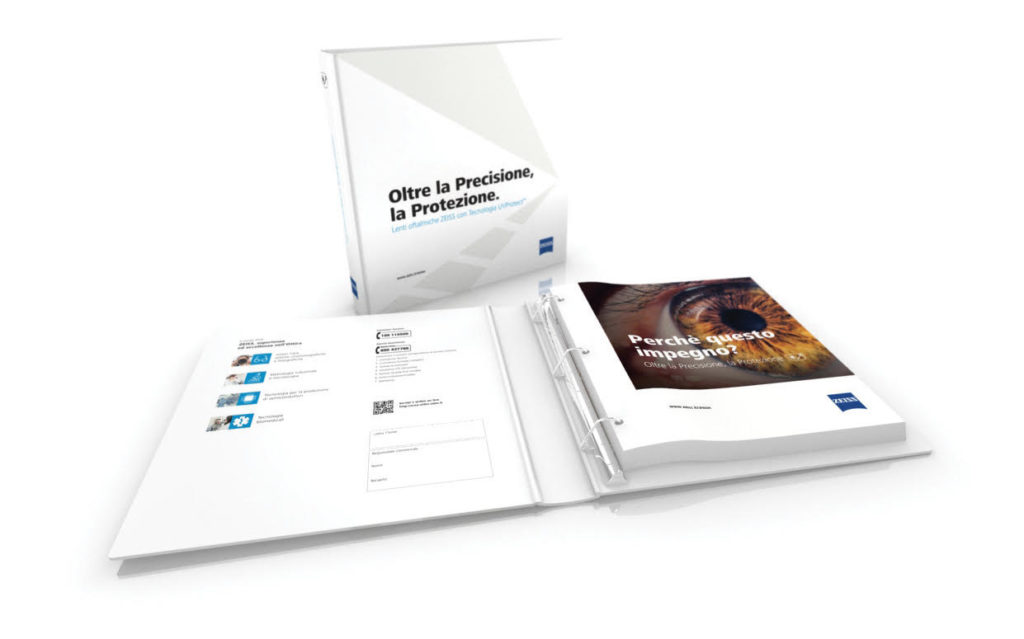 Further enhanced by the inclusion of new products and materials, the new ZEISS price list was to be characterised by the current datasheet-like structure but—and that was the creative bit up to us—it also had to be able to communicate, thorough visuals and graphics, that the focus was being shifted from PRECISION to PROTECTION to highlight an even greater awareness of health-related aspects.

Quotes led us along our creative path. 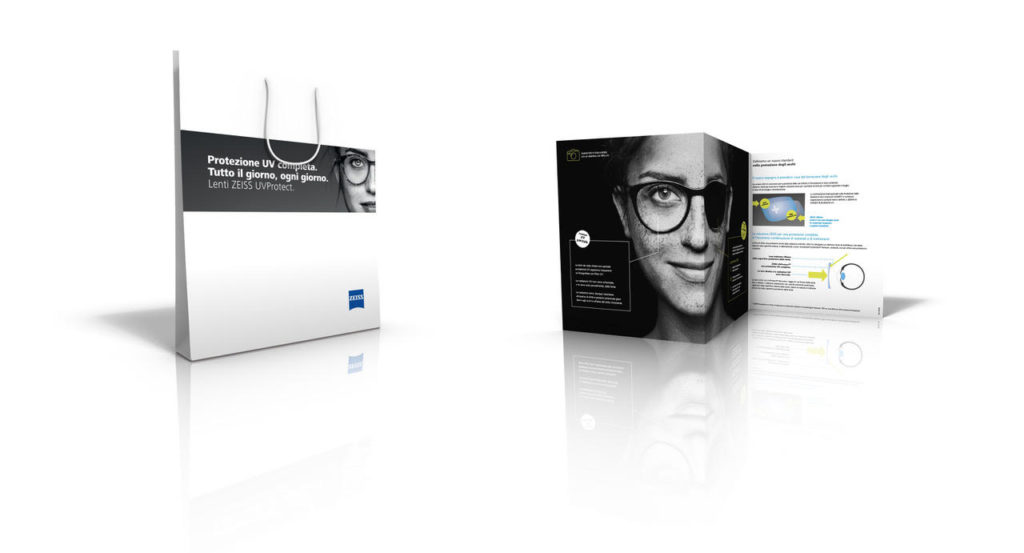 Our creativity was stirred by two particularly evocative quotes. One was from a short poem by Emily Dickinson, describing the value of single moments as part of the whole: “Forever—is composed of Nows”. We owe the other—possibly overquoted, no doubt, yet still worth mentioning—to the fox in Saint-Exupéry‘s Le Petit Prince: “On ne voit bien qu’avec le cœur, l’essentiel est invisible pour les yeux” (It is only with the heart that one can see rightly; what is essential is invisible to the eye). It sounded just what we needed for a journey where UV radiation,  invisible to the naked eye, would have a leading role indeed. 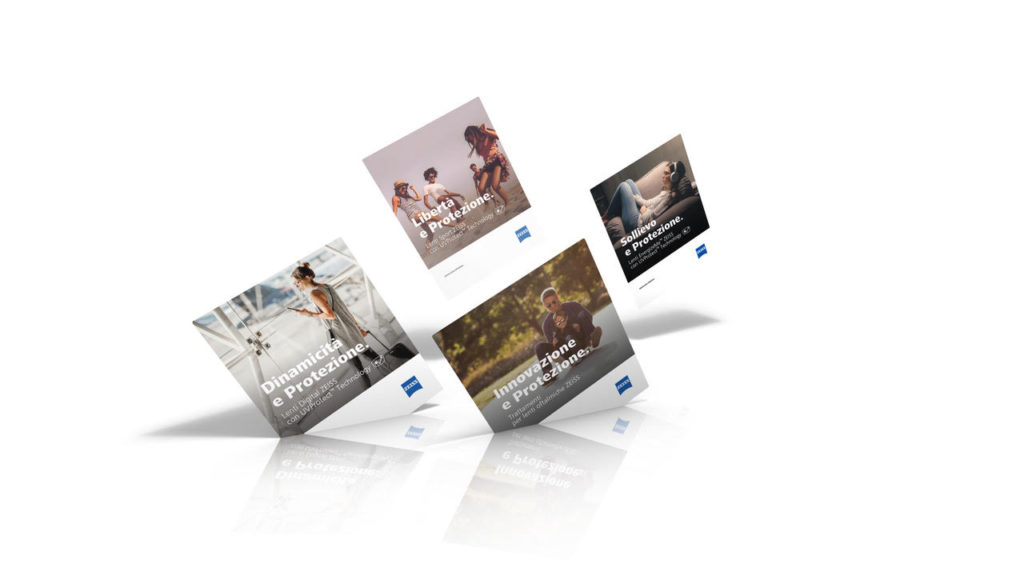 As we searched high and low for well-focused visuals to make both the problem and the solution clear to the general public, and to get people involved on an emotional level, we actually learned a lot about UV radiation. We also strove to find suitable keywords so that each product line could be matched with a couple of specifically chosen concept, always including the term PROTECTION. Innovation and protection for lens treatment, dynamism and protection for the digital world… and so on.

Variations on a Theme.

On the heels of the ZEISS price list, the number of variations on the UVProtect theme kept growing…

Thus, having been working several months on the subject of ultra-violet radiation, we feel we can answer any questions consumers might ask.

A gift for you

To receive a free copy of Seth Godin’s book “The Purple Cow”, just fill out the form below and click on “Send”. The book will be shipped within a week to the address you provide – at our expense.

*Offer valid until stocks are exhausted.